According to the School of Graduate Studies (SGS) at Queen’s University, international graduate students “who can not travel to Canada for the Fall will not receive a TA or RA position for the Fall.”

In response, the Public Service Alliance of Canada Local 901 (PSAC Local 901) and the Society of Graduate and Professional Students (SGPS) jointly addressed an open letter to Patrick Deane, principal, and Fahim Quadir, vice-provost and dean of SGS, requesting the reversal of the decision.

Quadir called the issue “an employment related matter that sits outside the purview of the School of Graduate Studies and is currently the subject of a union grievance,” declining to comment further.

“Over the last few weeks, numerous international students have reached out to us in great panic,” the letter read. “The abrupt decision to deny their employment in the middle of a pandemic was not only poorly communicated, but also discriminatory on the basis of immigration status and current location of residence.”

The letter submitted that “International Graduate Students are temporary residents of Canada, with valid residential addresses in this country, Canadian bank accounts, and valid Social Insurance Numbers” and that upon the University’s announcement of a remote semester, “it was never communicated that the current place of residence would be important to be eligible for work.”

Harshavardhan Thyagarajan, PhD candidate in biology, added in an email to YGK News that domestic and international graduate students “have been allowed to TA from abroad in the past” and domestic students currently abroad “have not received any such restrictions.”

“TAships are crucial teaching experience required to survive in academia,” Thyagarajan wrote. “TAships and RAships form a large part of our funding package.”

“The university has denied our position, and has not ceased this policy”

In a statement to YGK News, Stéphanie McKnight, president of PSAC Local 901, called the issue one of “fairness and equity.”

“The issue is that International Students across Canada and at Queen’s University are already precarious and pay some of the highest tuition fees in Canada,” McKnight wrote. “[T]hese students rely on the promise of receiving TAships from the university to help pay their fees, only to not have access to those opportunities when they arrive.”

According to McKnight, the University maintains that the Collective Agreement is applicable only to graduate students residing in Kingston, yet continues to offer TAships to domestic graduate students outside of Kingston.

“This is why we know it is an international student issue, because they are the only ones affected by this,” McKnight wrote. “It is absolutely offensive that Universities across Ontario are discriminating against such precarious employees. We are living amidst a global pandemic [ … ] All we ask is that Queen’s University support our members, like we have supported their research.”

“The university has denied our position, and has not ceased this policy,” McKnight wrote. “Our Local with the help of our union, PSAC, will continue to bring this issue forward. We have filed a grievance and will continue to lobby to fix this injustice.”

The is “running support and [collecting] student experiences for PSAC,” Courtney Bannerman, vice-president graduate of the SGPS, told YGK News.

Courtney Bannerman, vice-president graduate of the Society of Graduate and Professional Students (SGPS) at Queen’s University, described confusion surrounding whether the policy is “a decision at the University level” or due to Canadian tax and income laws.

“The SGPS and PSAC have heard conflicting statements from [University administration],” she wrote.

According to Bannerman, University administration originally cited Canadian income laws to account for the policy; since PSAC filed its grievance, however, the University has declined to comment further to the SGPS “due to ongoing [conversations] with PSAC.”

Yiran Gong, third-year PhD candidate in economics, is currently in China, where she will reside for the remainder of the fall term. Gong worked as a TA during her first two years in the PhD program.

“Early in September, I was told by my program coordinator that I would not be able to be a TA this term,” Gong wrote. “I am not sure why the university chose to do this [ … ] I guess for new international graduate students, they [do not have] SINs if they have never been to Canada, so there can be problems paying money to them. But I do not think it is a problem for returning international students as we all have our SINs and Canadian bank accounts.”

Gong called the situation unfair for “[shutting] down the opportunity for all international students [abroad].”

Nathalia, fourth-year PhD candidate in geography and planning, said she has previously worked as a TA for an online course while abroad and “completed that TA-ship without any inconvenience.”

“My department was aware of this, since they were the ones that provided my TA contract and they approved all of my documentation for my fieldwork outside of the country,” Nathalia wrote. “[I]t seems arbitrary that the university would change policy in so short notice, particularly in a moment of economic hardship that affects graduate and international students unevenly.”

Nathalia added that the policy fails to consider the “care responsibilities and networks” that international graduate students have in their home countries.

“[W]hen the university asked if we will be in Canada for the duration of the 2020-2021 academic year, they did not take into consideration [ … ] that things can happen throughout this year that force us to go home to attend to our responsibilities,” Nathalia wrote. “Would we lose our jobs and funding if a family member falls ill and requires our care?”

Claudia Hirtenfelder, third-year PhD candidate in geography and planning, shared that the ambiguity of the situation prevents her from making “any sort of informed decisions about [her] financial or academic future.”

“I received an email from my department on the 20th of August with a byline stating URGENT and asking where I would be for the next year,” Hirtenfelder wrote. “They did not immediately disclose what this information was for. It was only when a fellow student asked that we were told.”

Hirtenfelder described the situation as “only directed at international graduate students [and] creating a problem where there has never been a problem before.”

Canan Sahin, third-year PhD candidate in political studies, is an international student from Turkey and a leading member of the International Graduate Student Working Group (ISWG), an advocacy group founded under the SGPS.

“The policy [was] put in place at the end of the Summer semester,” Sahin wrote. “International students who were abroad were called back to Canada if they wanted to remain eligible for [employment]. Several international graduate students had to make costly travel arrangements, leaving their network of support or care behind suddenly.”

Sahin said it was difficult to “make sense of this policy change,” as international travel remains discouraged and the University is delivering classes remotely.

“The university already asked its international students to stay in Canada or come back to Canada if they are not yet to be eligible for employment in Winter semester,” Sahin wrote. “Therefore, it is not likely for the University to change the policy unless there is a loud expression of discontent from our side. We consider this policy discriminatory and thoughtless, especially under the circumstances of a global pandemic.”

IRCC on international employment during COVID-19

On May 27, 2020, Immigration, Refugees, and Citizenship Canada (IRCC) issued a policy and procedure update endorsed by Universities Canada, the Canadian Bureau for International Education, and Colleges and Institutes Canada.

The update read: “The Immigration and Refugee Protection Regulations, as they pertain to temporary work, do not apply to foreign nationals outside Canada. As such, learning institutions may employ foreign nationals outside of Canada in any manner they wish. Learning institutions may wish to consult with other federal departments with respect to employing international students overseas, payment of wages, and tax implications.” 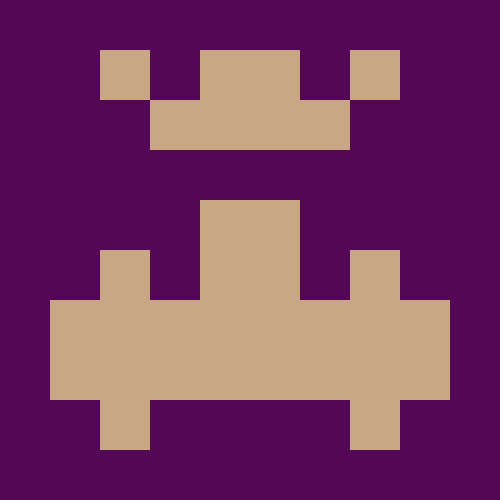 Larissa Zhonghttps://ygknews.ca/author/larissazhong
Previous article
Trick or Treating approved by KFLA Public Health, but precautions should be taken
Next article
Virtual Remembrance Day to be held this year

Opinion: Canada is stuck with tipping — and we’re worse off for it